Truck haulage and haulage related costs can account for up to 50% of the total operating costs incurred by an open-cut mine. As such, under-performance or poor planning can impact strongly on the mine’s productivity and the bottom line. Haulage simulation plays an important role in identifying opportunities for improvements, testing the viability of haulage plans and managing considerable financial assets. This section is designed to introduce the fundamental concepts of haulage simulation both in and out of Spry, in order to best meet the individual requirements of your projects.

Running haulage simulation and analysis requires both a multi-step setup and the use of Spry’s Logic controls. The setup includes providing an input schedule, relevant equipment/truck specifications, road specifications (speed restrictions and segment codes), and the creation of road networks.

Central to the cost of truck hauling is the concept of rolling resistance. Generally expressed as a percentage of truck’s weight, rolling resistance is the force that resists the rolling of a wheel or other circular object along a surface caused by deformations in the object and/or the surface.

Please note: This isn’t quite the maths, this has been simplified to avoid learning too much physics. Your static force will be around 1% less than this, if you’re interested in static force calculations please visit https://youtu.be/Vpq877lvG_M as a starting point.

Once your haul environment has been determined, the next stage is to choose which truck fleet options you wish to simulate. The following details what parameters of truck performance are used in Spry.

Rimpull is the force available between the tyre and the ground to propel the machine (limited by traction) and it is measured at the wheel so includes all transmission losses. Rimpull curves are used to determine the maximum speed attainable, gear range and available rimpull when machine weight and effective grade are known.

Spry has a truck database which includes over 100 common mining truck/engine combinations. If you wish to enter your own data, it is important to note that scales and units on rimpull charts range from linear to logarithmic and can use kg force, kN or lb force.

Example: If a fully loaded (324t) Caterpillar 789D travels up a 10% effective grade, there are two ways to determine the maximum speed attainable. Manually reading a rimpull graph involves 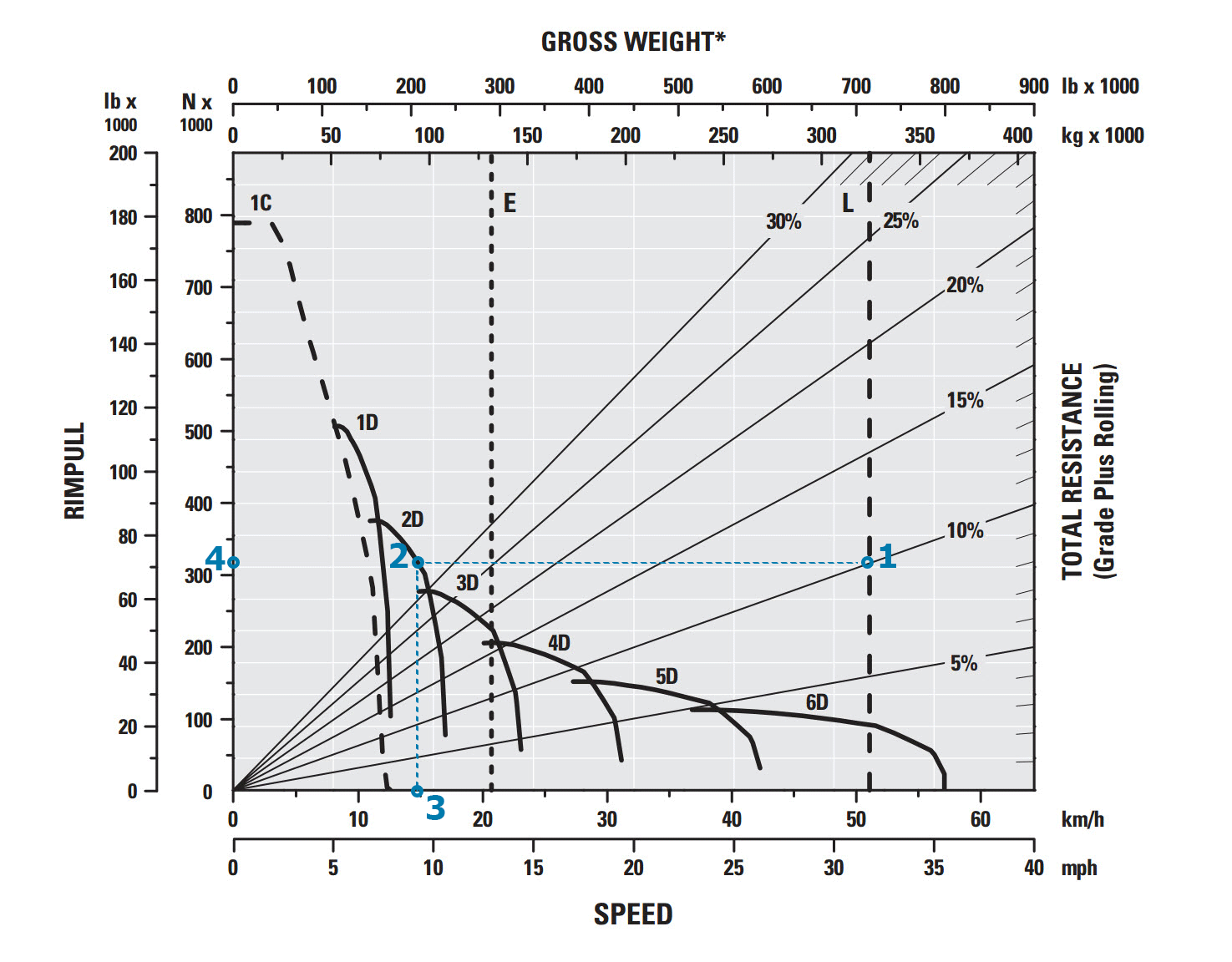 Retard/brake performance curves determine the speed that can be maintained when the truck is descending a grade with retarder applied. For most trucks what this means is there are 5 or 6 (depending on gears) maximum descent speeds a truck can maintain. You can read a retarding curve in the same way as a rimpull curve.

Editing rimpull data & retard data in Spry is generally not required (or recommended), and small changes generally do not effect results by a significant amount. If your schedule throws an error due to rimpull or retard data not being sufficient, you may need to look at your haul profile to make sure it is accurate rather than changing the rimpull.

Tonne kilometre per hour (TKPH) is the measurement of the work load of a tyre and is based on the weight and speed that the tyre can handle without overheating and causing it to deteriorate prematurely. A TKPH rating for a tyre is the theoretical maximum workload it can take (average weight on the tyre * average speed of the truck OR more specifically, tonnes * km/h).

Note: Coefficient of Traction rarely enters into the frame and this part of the documentation is for completeness.

Coefficient of traction or friction refers to the maximum frictional force that can be produced between surfaces without slipping. The table below from Noon (1994, see reference below) is a selection of values that represent reasonable averages between tyre and road.

Bear in mind that the more water present on the road, the lower the coefficient of friction. As little as 0.4mm of water should be considered “wet” (Tulloch, Stocker 2011).

The suggested set up of Haulage is as follows:

1. To start simulating haulage, first tick on the option in the Schedule settings. 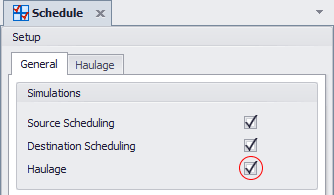 2. Add at least one Segment Code. Rolling resistance is controlled by Segment Codes which get applied to each segment along a haul profile. The primary properties of each “Segment” are Rolling Resistance and Speed Limits.

3. Return to the Schedule settings and switch to the Haulage Tab. Set a Default Segment Code (the most common Segment, usually what your established haul roads will be) 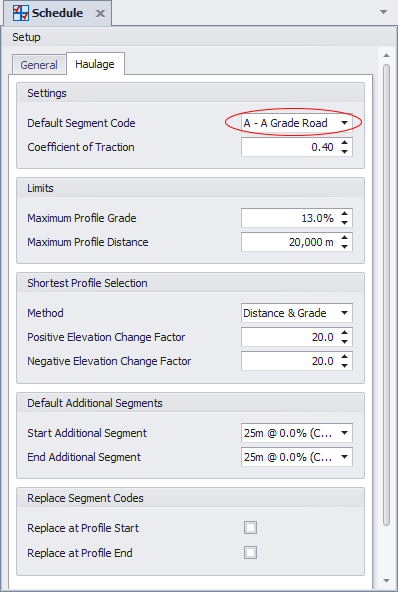 4. Add Corner and Ramp speed restrictions. In addition to automatically calculated speeds generated from looking up the truck’s rimpull and retard curves, speed limits can be defined for both segments codes and also roads meeting certain criteria. These criteria include the grade of the segment (for ramps) and the angle change between two segments (for corners). Corners are applied to a change in angle between the original direction of travel and the new direction of travel illustrated in the image below. 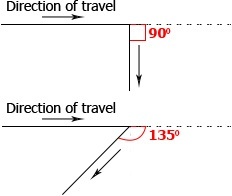 The Distance element is how long the segment restriction will apply for (in total, not on each of the two parts of road involved).

6. Apply Haulage simulation to equipment and set a Truck fleet to each Equipment/Process combination

For example: The Caterpillar 789D has a maximum payload of 181 tonnes. After calculating a Waste Payload of 72 using bucket sizes, with a density of 2.4 tonnes/m3 the final Payload weight is 172.8 tonnes.
The Full Weight on each Axle of the truck should then be reduced to bring the total Payload to 172.8 tonnes.